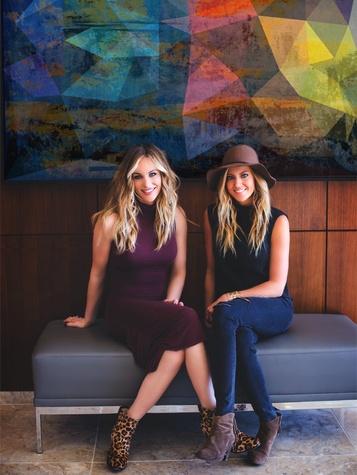 Your nightly glass of vino beckons and bedtime has long passed. But Junior adamantly refuses to hit the sack, citing monsters under the bed or some other such horror for his inability to sleep. Sound familiar?

Fellow parents Candice Romo (yes, that Romo) and Hollie Siglin feel your pain, which is why they launched Hawk+Sloane to “help others conquer parenthood … one spray at a time.”

Named for the founders’ sons, Hawk+Sloane is a line of six sprays for everything from deodorizing diaper pails (Stinky Spray) to calming anxious kids before bedtime (Sleepy Spray) and repelling imaginary monsters (Scary Spray).

“We started making the Sassy Spray at home for our own toddlers, and it worked wonders,” says Siglin of the brand hero. An oral disciplinary spray (think soap in the mouth modernized), Sassy Spray is formulated with a blend of apple cider vinegar and VitaVeggies to “keep the sassies away.”

“Many parents have told us they’ve used it to successfully help children stop biting, talking back, throwing fits — you name it,” adds Romo. “We began talking about how great it would be if we could add vitamins — and that’s how Hawk+Sloane all started.”

Developed with help from Siglin’s pediatrician, all six sprays are primarily formulated with natural ingredients and essential oils. The Soothie Spray, a bestseller, contains micronized silver, known for its antimicrobial properties.

“We’re literally obsessed with this one,” says Romo. “We have so many testimonials from people who were using very expensive creams to treat diaper rash before finding Soothie Spray.”
Officially launched in April, Hawk+Sloane is already gaining steam. And Siglin and Romo assure us there’s more to come.

“Seeing our visions come to life has been really exciting,” says Siglin. And working with your best friend? Just the icing on the cake. “Candice thrives more on the creative side, while I take care of more of the business aspects. But we’re both innately hard workers, which makes the partnership easy.”

Original article can be found, here. 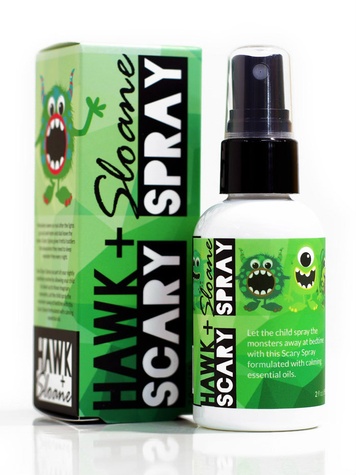